1905-11
Worked with Women’s Social and Political Union (Pankhurst’s organization) in England as an organizer, speaker, and coordinator of suffrage foreign bureau.

Summer: one of four suffrage hikers to travel from N.Y.C to Boston with a hurdy-gurdy to publicize suffrage.

Throughout the year, spoke and organized for suffrage in N.Y.S.

Spring, summer: organizing, speaking in upstate N.Y., including a tour by oxcart in rural areas.

Summer (May, June): First American Conference on Democracy and Terms of Peace.

1918
Continued as a staff member for People’s Council and other radical peace and labor groups.

1919
Named on Senate Who’s Who in Pacifist and Radical Movements.

1920-?
Fundraiser for Lighthouse Foundation for the blind.

1925-37
Owned and operated an antique store in Provincetown, Mass during summers. 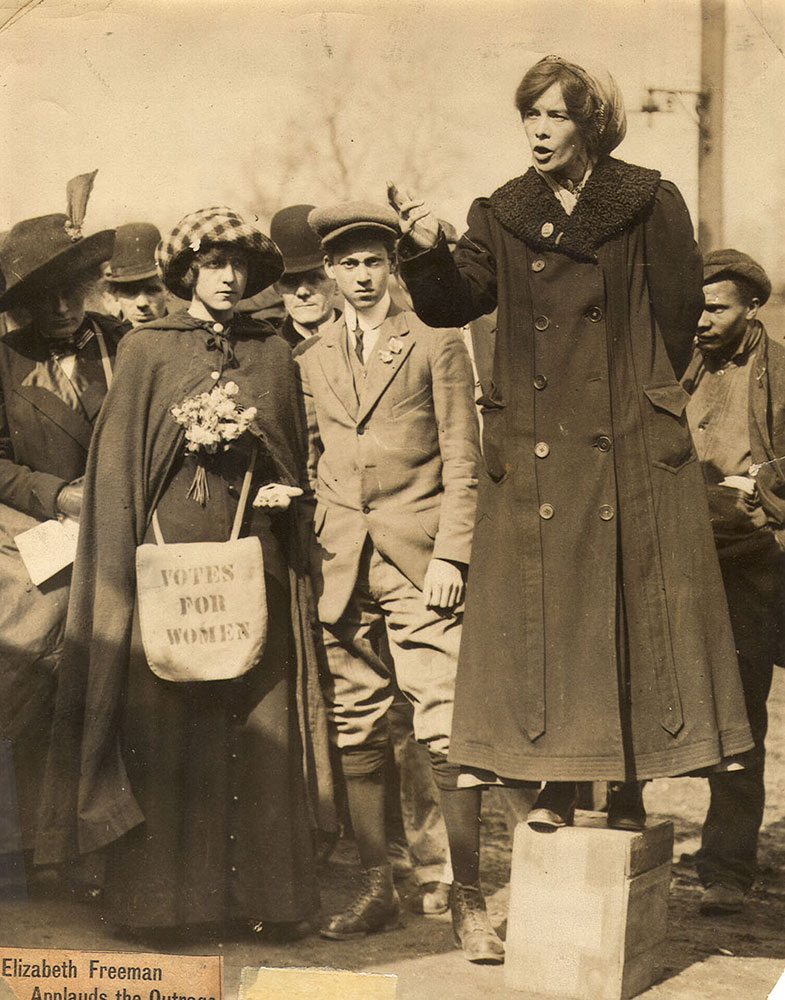 Elisabeth Freeman came to this country as a small child with her brother John and sister (Clara) Jane, and their mother, Mary Hall Freeman, who came estranged from her husband. Mary worked for St.Johnland, an orphanage on Long Island for a time, and the children lived at the orphanage for some time. Elisabeth was far from wealthy, did not go to college, and as a woman, her opportunities were limited. She was involved with the Salvation Army and regularly attended meetings which she found uplifting. Her chance encounter on a trip to England with the British suffragettes led to a career as a professional speaker and organizer. Her causes spanned nearly every progressive movement in the early 20th century; she was fearless, bold, innovative, and hard working for her beliefs. She was unflagging in her belief that people could make the world better through their own efforts.